Punishment Scenario and a Visit to the Japanese Kinbaku Master

We made a night long visit to a Kinbaku Master near Kyoto in which I was the subject of his art and kink. He was a very kinky man indeed. Master stopped one of the activities as it started.

I was first tied by the shoulders arms and wrists then hoisted into the air. The Master tied my ankles tightly to my thighs then started swinging back and forth. I was blindfolded and gagged with cloth wrappings. He started mouthing my cock and then after a while started almost fucking his own throat, allowing my cock to plunge into his mouth. He sucked the meatus as it exited his wet opening.

He stopped swinging me then lowered me. He folded my still hanging body forward from the waste and tight my knees as closely to my chest as he could force them. He left me hang for a few moments while he massaged and manipulated the muscle in the back of my waste, buttocks and thighs the came to the front again and forced my knees against my chest. I hung, feeling relaxed except that my weight was beginning to strain my arms and shoulders. He hoisted me higher into the air and began manipulating my ass before dropping me slowly on to a dildo that he placed beneath me, impaling me deeply.  He reached between my legs from the front and started to work my cock until I nearly came then he let go.

He moved me into the next position on a table. I was bound and immobilized face up. He removed the gag and set and from about my head and then climbed up and sat on it. I could feel the heat from his buttocks. He wanted me to rim him. He started contracted his gut as if he was going to shit on my mouth. Master, MY MASTER, said something in Japanese and the Kinbaku Master immediately got up, jumped from the table and left the room for a while.

Thus, the session ended. The Kinbaku Master untied me very slowly and removed the blindfold. He was naked except for his complete body suit of ink. Master reached into his pocket and brought out a condom, offering it to the Kinbaku Master. I bent over the side of his table. He finished and Master fucked me as well.

I found this on a tumbler site. I can't remember what video it is from but it is the basis for any punishment that I receive from Master. This is called the Naval Barracks Routine and it was historically done in either or both the British or Early US Navies as a punishment.

The video shows the victim being loosely restrained. In real life they would be stretched so they could not wiggle or squirm away from the lash.

I have received one punishment from Master. My punishment was worse. Master did not restrain me. He ordered me to curl my toes over the edge of the table and grab the edged with my hands. I am to lay without squirming, verbalizing or crying. I am to remain without expressing emotion or reacting to pain. If I fail, punishment starts over and it is doubled.

It sounds impossible but If you knew Master or saw his expression when he gave me direction, you would be too terrified not to do exactly as you are directed.

I had done something that violated absolute rule and the punishment was harsh. I received the double routine, 20,20,20,40. It was done with a heavy leather strap with a wood handle. I took the entire beating without moving, except from the force generated from and I did not make sound. I held me tears. 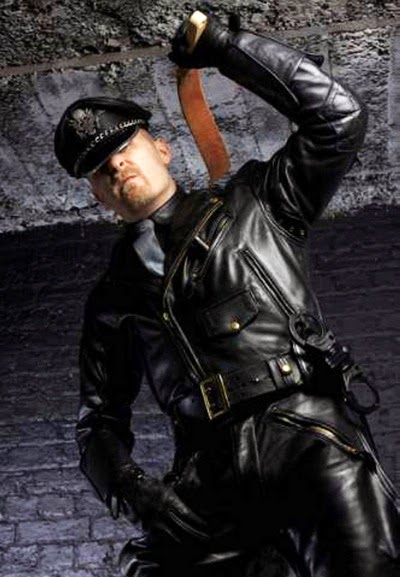 The strap was exactly like the one in this picture. It was made by the now defunct Hanson Paddle Company. The strokes are full armed, very forcrful and given without mercy.


Master was so angry about punishing me that he locked a heavy iron collar around my neck and chained it to the wall in the punishment room. He left me alone for several days with nothing but water and ensure at meal times.

It was once that he locked me up that I started to cry.
I would never to anything to hurt him or invoke punishment again.