Master ordered me to stand at attention. He held a four foot long signal whip in his hand.

"BE STILL AND BE SILENT FUCKER!"

There was no explanation. None is required. I faced him while he cracked the whip near my left ear and then the right. The third crack hit my chest over the left pectoral, the fourth over my right. There was nothing to do but grit my teeth and follow his order.

"You are taking it like a man! Good slave!"

My front side was a mass of red welts studded with blood droplets by the time he decided that I had enough. He grabbed me and held me tightly in his immense arms. He kissed me all over my face and head then held me a step away from him. His chest glistened with drops of my blood. 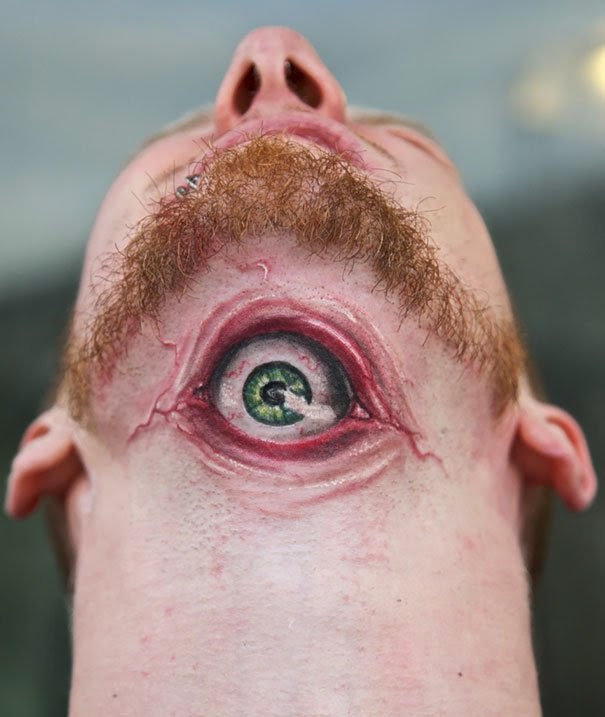 A friend sent this picture to me. I thought it was intriguingly creepy and just a little bit hot.