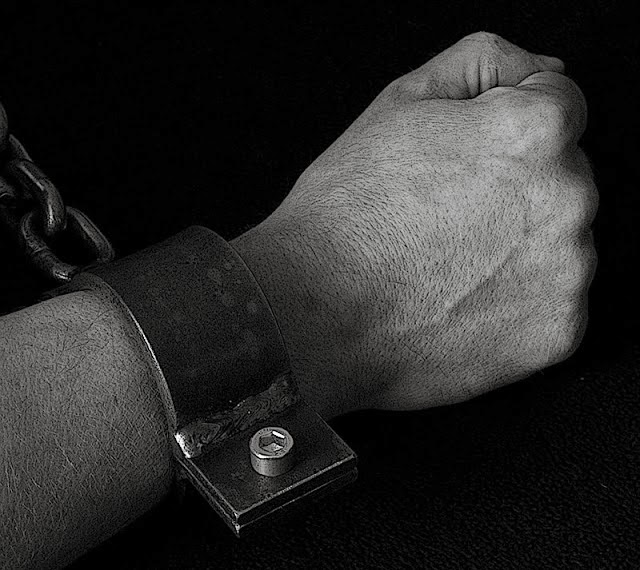 Simple suggestions like an iron manacle around a wrist can seem a greater sexual turn-on than pictures of complicated Bondage, “torture”, fucking and sucking. They are symbolic of a thousand possibilities. This picture conjures long term bondage for me. It brings back memories of the thirty days in Master’s dark attic dungeon before I earned the right to call him Master. I had no access to time or light except a tiny red spot in a far corner. Scraps of food were brought to me sporadically. Punishment for nothing that I did was harsh. Screaming or moaning invited greater agony and longer hours of absolute boredom. He said he would throw me out when he grew tired of me. He said I had no choice in the matter once we began. I was testing him, as I was testing my own resolve to learn how far my fantasies would take me.


Thirty days with an abrupt end. He apologized for throwing me out before he intended then disappeared, completely. 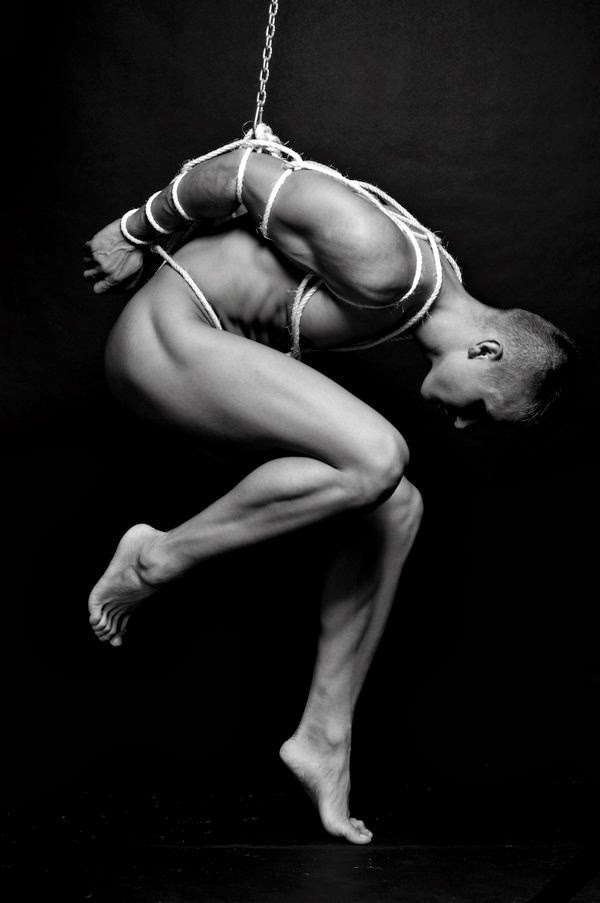