Don't you be very long 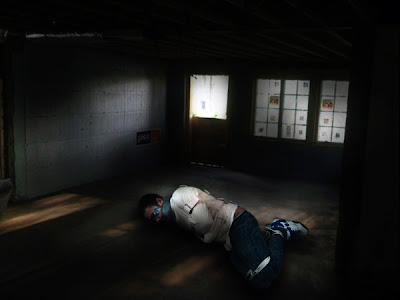 Do you ever wish someone would leave you like this?
I found this on tumblr, I think. In real life, this sort of thing happens to me a lot. My relationship with Master started this way. A month of being an object.  Before we started he said that he would keep me for as long as he felt like using me. He said he'd throw me out on the street when he got tired of me. He said it might be and hour or it might be the rest of my fucking life.  He left me for days when I was completely isolated and bound. (I didn't know he was watching me on a camera that he had access to on all of his electronic devices.)
He threw me out one day without an explanation. He simply vanished, sold his New York house, terminated his phone service, sold his cars and cycle and left no word. It was like he never existed. I did the same and moved to the ranch that my Great Uncle Clarence left me. Months later he called and said he was in the city and wanted to take me out for dinner.
"Sorry Dude, not unless you're in Northern California."
He came driving up the road the next afternoon.
The following is just a fun fantasy from
one of my favorite people on the web.
﻿