A Day of Grace

Master unlocked the cell door and let me out.

I went upstairs to clean up and out.  I shaved my face and head then climbed into a hot shower.  Master slipped into the shower as the shit ran down the drain. He wrapped his arms around me and held. He kissed me several times then pushed me against the wall.  He entered my ass with his cock and fucked me slowly and gently. He held me with my face buried between his pecs and kissed me over my head and face.  We stood until the steaming shower until the water began turning cool. He dried me and sent we into bed and laid beside me.

"We'll go out for dinner after you get a few hours of good sleep".

I tried to hug him and get him to fool around but he said "It's enough, you've had enough for a couple days".

We went to sleep.

Master and I went to Hawksmoor for a steak then went to Bonds where Master bought cigars and a Peterson Sherlock Holmes pipe for me. We walked a few miles then found a taxi back to the Club House.  We joined a few guys in the lounge where I sat on the floor between Master's knees.  He reached down to wrap his hand around my neck every once in a while.  I'd get a woody in response and then he would take his hands off me.

He eventually took me to bed and fucked me before we went to sleep. 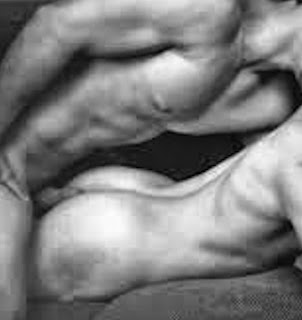