It is just one of those days

I woke and went outside to get an early start on cleaning the barns.  I just finished shoveling and sweeping when Master walked into the barn and grabbed me. I pushed me onto my knees and force feed me his piss then grabbed the back of my head and force fucked, stopping short of coming. He made me stand with my hands on a fence, exposing my ass for him.

I finished my work with jiz and shit dribbling down my legs inside my jeans.

I went in to clean up while Pete sent the aroma of coffee and breakfast through the house.

My hands were crossed high up my back to keep them out of his way, especially when he worked my butt over with his gloved hands. My muscles are deeply bruised. I felt that when I sat down for lunch. 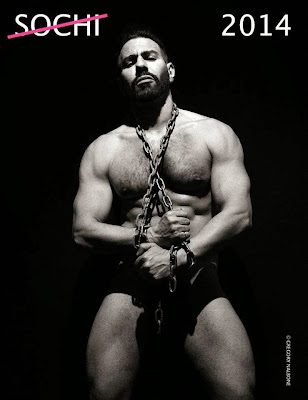 image from: http://www.metalbondnyc.com/#
My immediate feeling, based on the Russian Governments policy toward Gay People is to boycott the games completely.  A second thought is that Gay People should go to compete, just as Jesse Owens did when he went to Nazi Germany in 1936.  Show the Russian government and Putin that we are the champions as Gay Athletes and a nation that is evolving on a very important civil rights issue and that we are strong enough to rectify the wrongs that have blocked freedom for all Americans. 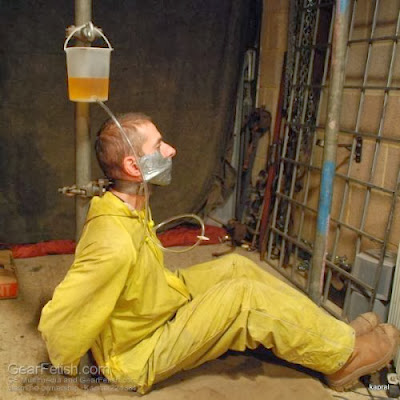 image from Tumblr
This image is such a turn on for me. I would like a LONG TERM
trip exactly like the action in the picture.  Note the actual hardware
around the guys neck.
﻿
Posted by Master Ian's Slave at 6:55 PM